THE ART OF LIVING BY FAITH

An Introduction to Confirmation

The practice of Confirmation is not recorded in Scripture. Nowhere are we commanded to “confirm” people. However, Jesus, St. Paul, Peter, Moses and so many others commanded us to grow in the faith (Colossians 2:6-7), “continue in the things you have learned” (II Timothy 3:15-17), and put one’s faith into practice each day by any means possible (Deuteronomy 6:4ff.).

From the beginnings of the Christian Church adults and children were baptized and taught the Christian Faith as Jesus commanded (Matthew 28:18-20). At Pentecost, thousands were baptized in a single day (Acts 2). Scripture records many times when entire households were baptized. “Households” included not only family members, but all the families of servants living in her extensive household (Acts 16:14-15).

“Confirmation” is a rite developed by the Church. Lutherans do not hold it as a sacrament. At confirmation, a baptized person publicly “confirms” their faith at the Lord’s altar. Unbaptized persons are traditionally baptized at their time of their confirmation.

There are many ways Lutherans conduct confirmation. Regardless of the method of instruction, the goal is always to provide a significant base for a growing faith.

Why Do I Have to Go Through Confirmation?

For young people who have been brought up in the church, much of what it means to be a Christian and to take on the ministry of being a church member is already well-known.

You’ve listened in worship and in religious education classes and have an idea of why we have church services. You’ve (hopefully) been in Sunday School and seen baptisms and come to receive a blessing at the celebration of the Lord’s Supper.

The purpose of Confirmation is to organize all the stuff you’ve been learning over the years and fill in a few blanks you may have.

Of course, Confirmation is about your becoming a member of the church, experiencing the joy of serving the Lord’s Church, and sharing in the responsibilities of making the church do what God would have it do.

As the Confirmed members of the church you belong to have ministered together to provide the best confirmation instruction available. At your confirmation, you become an on-going part of the Church which will confirm Christians until Jesus comes again.

What Is A “Catechism”?

A “catechism” is a book of questions and answers. Catechisms are a very useful learning tool and have been used for centuries.

Many churches have catechisms. Like Luther’s Small Catechism, they are frequently used to teach individuals. The Baltimore Catechism, used by the Roman Catholic Church, is used to prepare Catholics for confirmation.

Martin Luther wrote the Small Catechism in 1529. The invention of Johannes Gutenberg’s printing press in 1440, less than 100 years earlier, enabled Luther’s Small Catechism to be printed and distributed throughout Germany…and beyond.

Unlike the Roman Catholic Church which taught that the Bishop or priest must confirm youth, Luther’s intended that his Small Catechism be taught not just by pastors, but by parents, too. That’s why Luther’s Small Catechism has the following header: “As the head of the family should teach them in a simple way to his household.”

Who Needs The Small Catechism?

Virtually everyone! Luther originally wrote it because of the awful condition of faith in sixteenth century Germany. Read below what Luther wrote in the Preface of his Small Catechism.

Martin Luther to All Faithful and Godly Pastors and Preachers
Grace, Mercy, and Peace in Jesus Christ, our Lord.
The deplorable, miserable condition which I discovered lately when I, too, was a visitor, has forced and urged me to prepare [publish] this Catechism, or Christian doctrine, in this small, plain, simple form. Mercy! Good God! what manifold misery I beheld! The common people, especially in the villages, have no knowledge whatever of Christian doctrine, and, alas! many pastors are altogether incapable and incompetent to teach [so much so, that one is ashamed to speak of it]. Nevertheless, all maintain that they are Christians, have been baptized and receive the [common] holy Sacraments. Yet they [do not understand and] cannot [even] recite either the Lord’s Prayer, or the Creed, or the Ten Commandments; they live like dumb brutes and irrational hogs; and yet, now that the Gospel has come, they have nicely learned to abuse all liberty like experts

The Small Catechism: For Us Today

Do we need the Small Catechism today? Of course we do! Just as in Luther’s time, Christians often do not understand even the basics of Christian Faith.

What are the basics of the Christian Faith and therefore the Art of Living by Faith? Luther said there were six key items we need to know about God. He divided his Small Catechism into six sections (“Six Chief Parts”) to teach these six areas of faith that he believed all Christians should know. These include…

The Small Catechism and You

That’s what Luther’s Small Catechism is for: to teach people like you the basics of the remarkable message of the Bible: Jesus loves you.

Welcome to this journey of Christian Faith!

God Speaks In the Holy Bible

Have you ever wanted God to speak to you?

Ultimately, all of us do!

God knows that we desire to have Him talk with us. He could have chosen to spoke to us through dreams and visions. In fact, that is how much of the Holy Bible was originally written (Hebrews 1:1).

Since giving us all we need to know to be saved in His 66 books, God no longer speaks to individuals with dreams, voices or visions.

The Bible can be described as a library of sixty-six books written by approximately forty people over sixteen hundred years. These sixty-six books make up what is called the canon, a listing of Bible books approved by the church.

In order to be canonical (that is, considered part of the Bible), Biblical books had to meet very strict criteria:

Books which met all these criteria were considered “Canonical” and were accepted as authoritative by all parts of the Christian Church.

The Bible: The Old Testament

The Bible is divided into two parts, the Old Testament and the New Testament.

Among the thirty-nine (39) Old Testament books are books of History (Genesis-Esther), Poetry (Job-Song of Songs), and Prophecy (Isaiah-Malachi). Among the authors of these books are kings such as David and Solomon, an Egyptian prince named Moses, a fig-tree grower named Amos, prophets such as Isaiah, Jeremiah and others, as well as other “unlikely” common–and uncommon–people whom God had chosen to bear His inspired Word.

The Bible: The New Testament

Among the twenty-seven (27) New Testament books are the Gospels (Matthew-John) which describe Jesus’ life, death and resurrection, a book of history (Acts), many letters to churches and individuals from Apostles (including James, Peter and Paul), and a book of prophecy, the Book of Revelation.

Together both the Old and New Testaments have one teaching: how God saves us by grace through His Son, Jesus Christ (John 3:16).

The Bible: In Chapters and Verses

The Bible is divided into chapters and verses. Chapter and verse divisions in the Bible happened long after the Bible was written. Stephen Langton  (d.1228), a professor at the University of Paris and later the Archbishop of Canterbury, England, divided the Bible into chapters. Verse designations as we know them were first published in 1509.

The Bible’s message is God’s message. We know that because the Bible is “inspired.”

“Inspired” can mean many things. Some people think it means that it “is interesting” or “fascinating.” Certainly, the Bible does “inspire” us and give us joy.

“Inspiration,” however, refers to the fact that God caused or “Breathed-in” (“inspired”) the Bible. That means that every single word of the Bible is God’s Word, not words invented by humans.

“We did not follow cleverly invented stories when we told you about…our Lord Jesus Christ.” (II Peter 1:16 NIV)

Many Christians don’t believe all the Bible is God’s Word. This is because they don’t want to listen and obey God in everything. This is exactly where Satan wants them. Whenever we deny God’s Word, we disobey God by making our words more important that God’s Word.

Two Teachings of the Bible

The purpose of the Bible is to show us how to be saved and how to live a Christian life.  The Law tells us how to live. 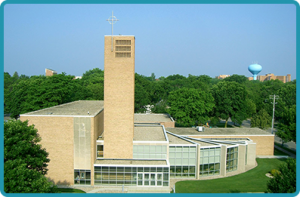 Listen to Past Messages